This post has been long in coming.  It was first conceived soon after returning from Tea Tour Korea 2014 and has sat there waiting for the right time.
Interestingly, the day I began to write this post I received a long email from a customer who used his tea name “el muCHAcholo”.  His comment illustrates the importance of addressing this topic.  As part of his email he wrote:

The question, ‘What are balhyocha and hwangcha? Green, white, yellow, oolong, red, or black?’ is fraught with the impossibility of classifying Korean teas on the basis of the six traditional Chinese tea categories. It’s like asking ‘What kind of fish is a sparrow? 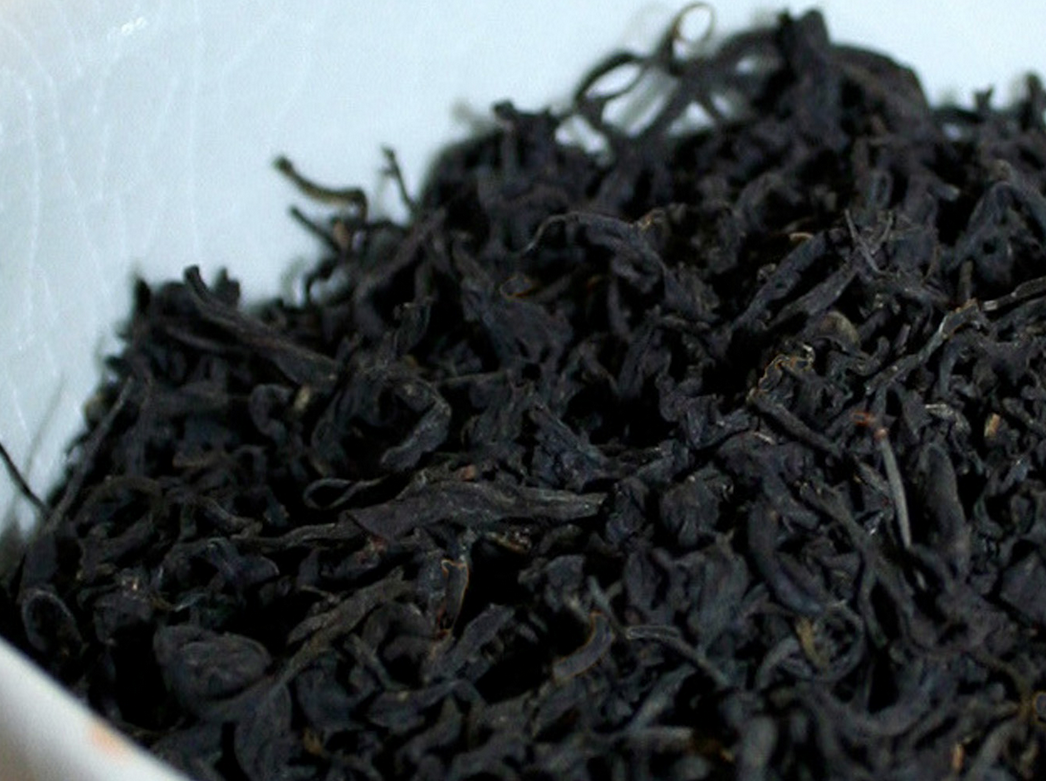 I do understand that the term can be confusing.  Thus this post.  A couple of years ago I wrote another post on the Korean tea term ‘balhyocha’.  That post was written then, and I can’t disclaim it.  However, since then I have grown in my understanding and appreciation of balhyocha teas.  For centuries, in Korea, Balhyochas were made out in the country by family tea producers, some may have been made to sell but primarily these teas were made simply to use at home largely for medicinal purposes.  While these teas are not new to Korea as some uninformed Western tea connoisseurs may claim, it is true that today many more Korean tea producers have been producing balhyochas and the variety is rapidly increasing.  It is for this reason that I have decided to to look at the Korean tea term “balhyocha” again.
First, we should all understand that the words “balhyocha” and “paryo-cha” are the same word, just Anglicized differently.  So if you see the word “paryo-cha” from some other source it means the same thing. I use the term “balhyocha” (발효차) because most Korean tea producers, that I know, Anglicize the word that way.
What does the word “balhyocha” mean?  If you read my earlier post or other posts on balhyocha you know the word simply means “oxidized or fermented tea”.  Essentially in Korea if the tea isn’t a green tea it is a “balhyocha” or oxidized tea. 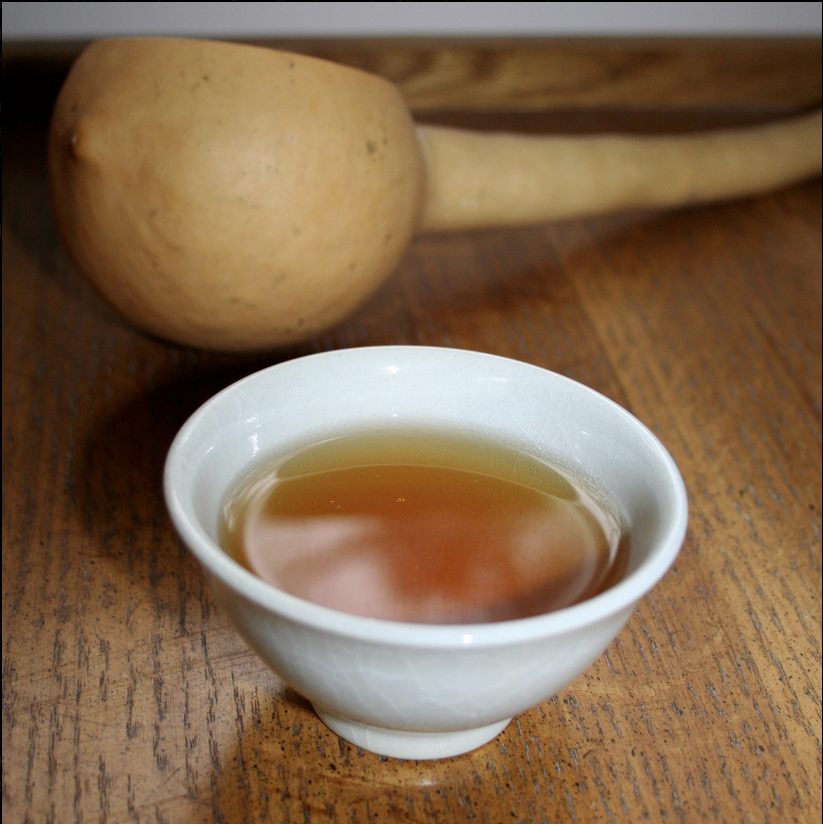 You might ask, “What is the problem?”  If you are new to tea and this is the first time you have heard the word balhyocha, there is no problem.  The problem or confusion with the term “balhyocha” occurs when others attempt to classify Korea’s balhyocha teas.  They often ask, "Is it a ‘hwangcha’, an ‘oolong’ a ‘hongcha’ or what?"  As “el muCHAcholo” wrote, it is impossible to classify Korean teas on the basis of the six traditional Chinese tea categories.  However, because China has such a strong influence on the tea world, tea connoisseurs and authors tend to try to categorize all teas, including Korean teas, using Chinese terms.
I fell into that trap, or perhaps was pushed into that trap, in my earlier post on balhyochas.
While Koreans have used the terms hwangcha and hongcha, Koreans avoid the term ‘oolong’. That term belongs to China and Taiwan.  They can’t call their teas ‘Darjeeling’ because that term belongs to a certain region in India and they don’t want to use ‘wakoucha’ as that term belongs to Japanese oxidized tea.  But the main reason they don’t use those terms is Korea’s balhyochas are not oolongs, 'Darjeelings' or wakoucha.  Korea’s oxidized teas are simply 'balhyochas'. Each of these international oxidized teas are produced using the different oxidation methods used in their countries and they are different. A Korean oxidized tea is a balhyocha.  That is not a Korean term for a Chinese type tea, it is a different tea like an oolong is different from a wakoucha.
Balhyocha teas deserve to be recognized simply by the Korean classification - balhyocha.  This includes Korean hwangchas, Korean hongchas and more.  It is Korea's old and historic term.
It would be great to be able to end this post here, but Koreans have used the term ‘hwangcha’ for centuries to designate the largest percentage of their balhyochas.  This is the historic term but it can be or might I even say "is" very misleading simply because the Korean term hwangcha (황차) is literally translated to be 'yellow tea' that is hwang (황) = "yellow" and cha (차) = tea, and China has a tea they also call ‘yellow tea’.
The teas are absolutely nothing alike.  Chinese hwangcha or yellow tea is, if my understanding is correct, very close to a green tea but steamed and quickly cooled producing a slight oxidization. Korean balhyochas are more like oolongs in their wide percentage of oxidation.  But since they are oxidized using different processes, they are NOT the same tea. 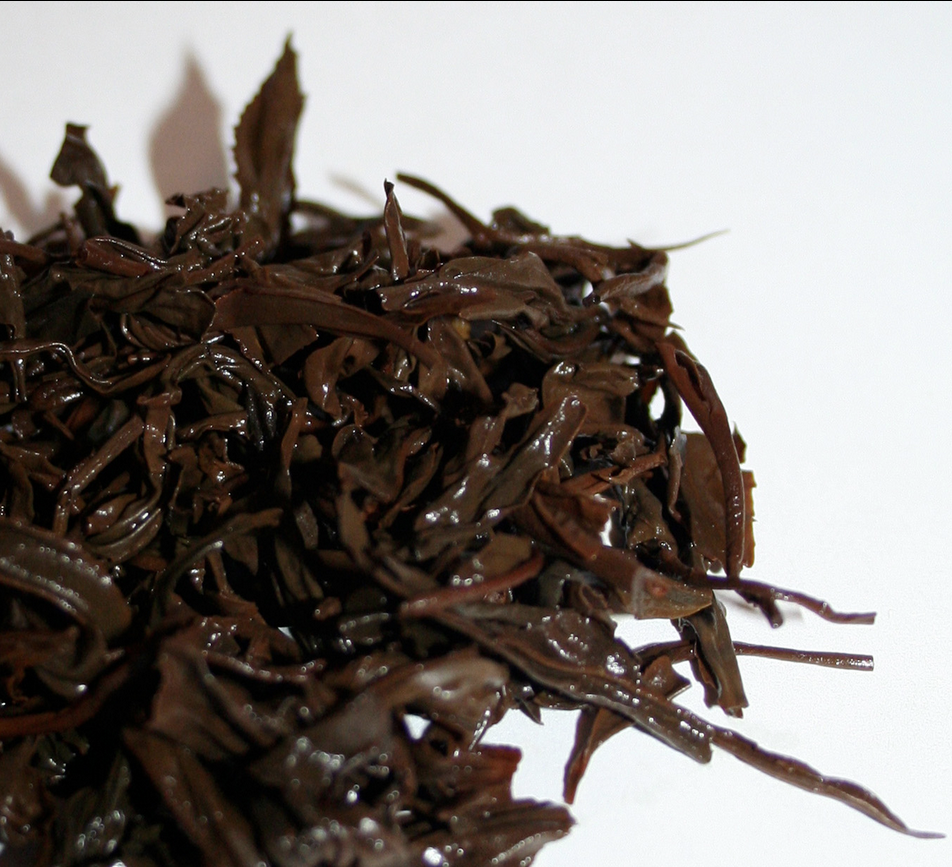 The term 'balhyocha' holds so much importance in Korea Tea that Korea has designated different terms for the degrees of oxidation or fermentation in their Balhyochas.
They are officially (from a Korean website translated):
0. Bul bal hyo cha (불 발효차) non fermented tea,  Ex : green tea.  Nokcha
1. Bal hyo cha (발효차) fermented tea, the general over all term:
2.Bu bun bal hyo cha (부분발효차) partly fermented tea, ex: white tea (Bak cha), or Chinese yellow tea, below 15%. (I am aware that some debate if white teas are oxidized at all.)
3. Ban bal hyo cha (반 발효차) semi fermented tea, around 60%
4. Wan jeon bal hyo cha (완전발효차) ('perfect' bal hyo cha),  , ex: red tea (Hong cha), 85% and above
5. Hu bal hyo cha (후발효차) post fermented tea, ex: black tea (Heuk cha)
For a while I toyed with the idea of calling various Korean balhyochas by nick names like "bu-buncha", "wan-jeoncha" or "bancha".  But while those terms could be useful they are not 'perfect'. Korean tea producers typically ferment their 'hwangcha' balhyochas between 50% and 85%. However, you will find Korean balhyocha's fermented at all percentages between 15% to 100% depending on the producer.   That is why most producers simply use the term 발효차 balhyocha.

Of much more importance than any of this is that there is a great flavor range of wonderful balhyochas available. This is why Morning Crane Tea now has three wonderful balhyochas in stock and will be offering special group buys on other important balhyochas after the spring pick.  Contact us to learn more.
What balhyochas have we selected to offer?
Jeong Jae Yeon
We are the only international distributor for Jeon Jae Yeon's wonderful teas. Our potter friend discovered her. She is the epitome of the Korean grandmother artisan tea producer and devotes her entire production to her balhyocha she calls Halmone hwangcha or Grandmother Hwangcha (할머니 황차). We simply call it Halmonicha (할머니 차).
Dosim Dawon
Dosim Dawon (Green Tea Farmhouse) is owned by Oh Si-Young and his son Oh Jae Hong.  Their truly exceptional teas are made from old higher up  semi-wild bushes.  Their teas gained exceptional praise on tea tour Korea 2014.  How old are their bushes?  They own Korea’s Millennium Tea Tree presumed to be at least 1,000 years old.  Their bushes are some of the oldest in Korea.  Superb tea.
Yejeon Tea
Kim Yu Ja and her son Jeon Ju Hyun of Yejeon Tea or Yejeon Daewon truly produce, “Stand out from the crowd tea.”  Two of our guests, a tea master from Australia and his wife, had visited the Hadong Tea Festival a few years earlier and walked down the long line of tea producers tasting tea after tea until they came to Yejong Tea where they found truly exceptional tea.  When we arrived at the Yejong studio, on Tea Tour Korea 2014, our guests exclaimed “This is the woman!” “This is the woman!” excited to meet Kim Yu Ja and taste her teas again.

Our teas are often at prices at or below the price you would pay in Korea.  It is difficult to discount teas that are always discounted. Mention this post for a small reward when you purchase one of more of these teas.  Contact me.

Why am I doing my next post also on balhyochas?